Blam! There it went again. Davey turned around but again there was nothing. That's normal he thought to himself.

He had stopped being scared by now. The first time sure, he was really scared. After his first quick look around he ran and ran. Ran all the way home so fast that he couldn't breathe in enough air to tell his mum what had happened for ages. But he had no idea what had happened, only that it was definitely something.

The next time was pretty much the same.

And the next time after that as well.

But by the fourth time he stood still and looked. There was nothing to see, but it didn't feel right, and maybe that small ripple on the water was something.

It was at least a year, twelve full moons, until Davey thought he saw it. This time he was sitting on the side of the New River. He hadn't been there long, just popped along after a visit to the library in Palmers Green. Sitting watching the world go by, or the little he could see from his spot not far from the library car park. It was a good place for throwing stones into the water without being interrupted.

It came out of the blue, whatever it was, fast. The branches swayed, leaves rustled and the grass fluttered, all as if something was passing. Davey's view changed to the type you get for a while after rubbing your eyes hard, all fuzzy and blurry at the edges of things

But there was nothing there – Davey just felt a chill, a slight breeze and the odd light that just a bit darker than before the noise.

And then he saw the shadow. It was a horse. No, it was a horse with a rider and they were riding right across the New River!

The rider had a gun!

And then they were gone.

Davey just stared, his heart thumping in his mouth, and he saw another shadow. Or maybe he felt it more than saw it but Davey didn't know how you could feel a shadow. This one was a bird, a duck, or a goose perhaps. It was pretty big whatever it was. It hit the water. Well it didn't really hit the water, rather it seemed to gently fall onto it and then evaporate into the New River. A little ripple made its way out in all directions. Not even a plop.

Davey looked up, nothing, or so he first thought but as he strained his eyes he was sure he saw more of the same birds flying overhead or at least shadows of birds. Geese he thought, too big for ducks. Yet what he really though was that he was going mad.

He put both his hands out in front of him to check them. Still there he thought. Legs, feet, all the rest of him, all present and correct. Voice check? Yep, he could make a noise, still smell, still hear things. He wasn't going mad, the world was.

He wasn't scared any more but he was certainly thinking.

Every time he had heard the "blam" noise in the past he had been near water, usually somewhere in Broomfield Park, but the New River too, like today, and once in Groveland Park near the big lake.

Who shoots the birds he started to wonder. 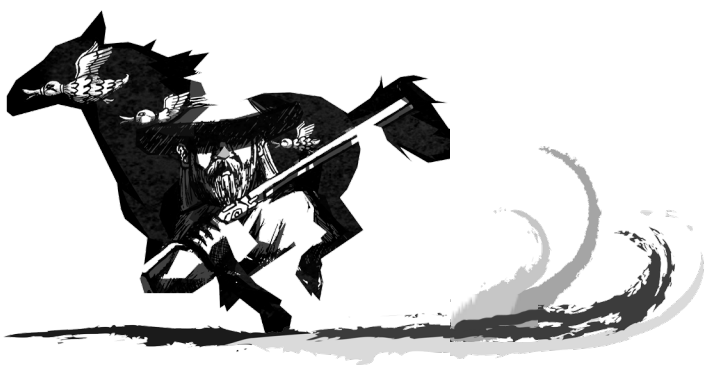