The Scroll and Handbill 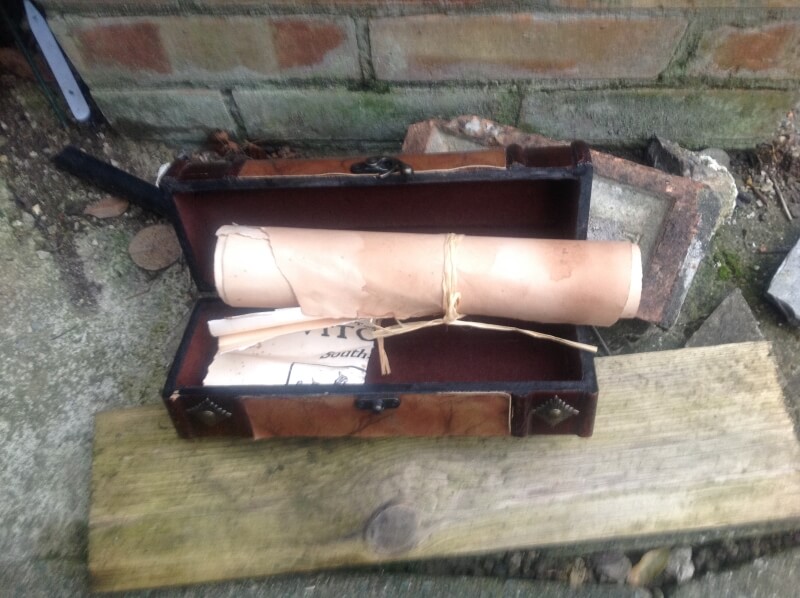 The scroll was discovered by workmen in the former Town Hall.

The workmen also found a handbill, with the following wording:

Strange Newes out of Middlesex

Their Reign of TERROR, with a most stupendious view of the late tumults & troubles of that place; the Conjurations & Spells of the Witches and the MURTHERS and Grievous Injuries attendant upon them.

AND:  the subsequent Capture and Drowning of the said Witches;  their watery Internment  and the raising of Trees to contain the further troublesome rising of their Spirits

Next - read the wording of the Scroll