HOW PALMERS GREEN GOT ITS NAME

In the Middle Ages a palmer was the name given to a pilgrim who had travelled to the Holy Land. They were called palmers because they carried with them a palm leaf, sometimes folded into the shape of a cross as a symbol of their long and hard journey to Palestine. In those days they would have travelled on foot or by horse, crossing the seas in leaky old sailing ships.

How did the name palmer become attached to Palmers Green? There are at two stories that explain how Palmers Green came to be named – one funny and one gruesome.

One day, some young lads and lasses in Barnet decided to visit the huddle of hovels at The Green, dressed as palmers.

‘We will pretend we have just returned from the Holy Land and they will not be able to refuse us hospitality. They will treat us like kings and we will eat their meat and drink their ale!’ 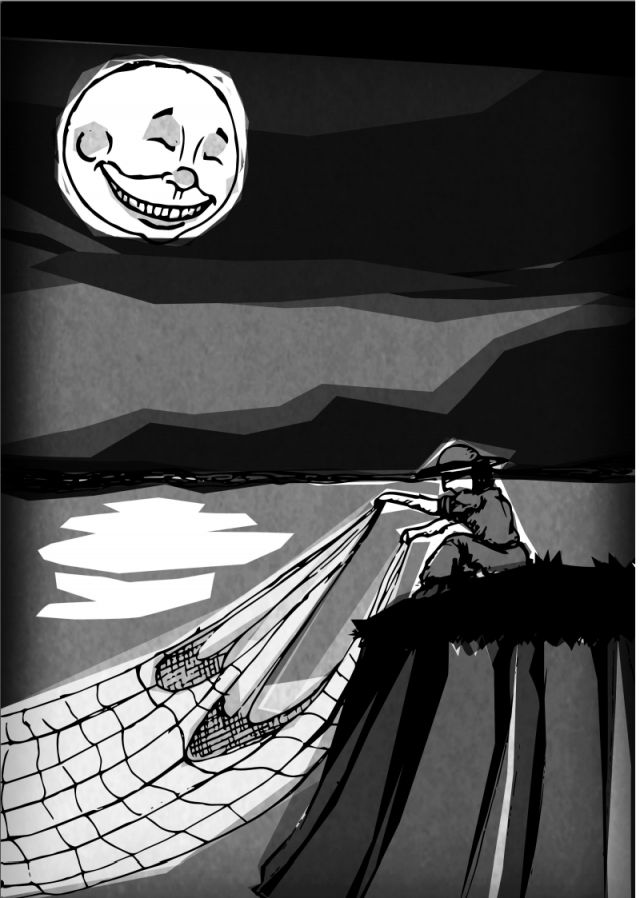 So they dressed in sheets for robes and cut leaves from a chestnut tree to be their palms. When they had dressed up as pilgrims they went on their way to The Green and arrived just as the sun was setting. A large full moon was in the sky, looking down on them like a jolly farmer leaning over a fence.

As they neared The Green they paused and threw dust over their robes to make it look as if they had been walking for weeks and months.

As they entered the village they saw a man named Jack sitting by a pond, casting his net into the water again and again.

‘We are palmers, lately returned from the Holy Land!’ they told Jack.

‘Oh-aye!’ said Jack, giving them a brief sideways glance. Then he returned to casting his net into the pond.

‘What are you doing?’ said the men of Barnet.

Jack pointed at the pond in which the moon was reflected.

‘I am trying to catch the moon in my net!’ he said,

The boys and girls of Barnet looked at each other, laughing behind the leaves they carried. They stood a long while, watching John at work.

At length their leader spoke: ‘Ho, ho. Is it not foolish to fish for the moon in such a way?’

Jack looked up at them with a glittering eye. ‘Maybe. But isn’t it more foolish still to stand and watch a man fish for the moon in such a way.’

The lads and lasses of Barnet were not sure what to make of his reply but before they could say or do anything Jack stood up and said ‘Where are my manners! You have come a long way and the people of The Green will show you how welcoming we can be.’

The pretend pilgrims of Barnet were pleased. ‘We will be treated to a great meal now!’ they told each other.

Jack led them to the nearby inn and took them in. The folk of The Green were all there, drinking and making merry and bowling skittles.

‘These fine chaps have been on a pilgrimage. They have come far; see the dust on their robes!’ he said, lifting the hem of one of their sheets.

The people of The Green raised their tankards and cheered.

‘And look, they carry palm leaves as a sign of their deep convictions!’ Jack cried, holding aloft a chestnut leaf.

Once again tankards were raised and they cheered even louder.

‘What say we give these fine palmers the reward they deserve?’ Jack concluded.

Everyone roared in agreement and the people from Barnet smiled to themselves, anticipating a great feast.

The inn keeper went out, promising the palmers the very finest stew and best ale, and they settled themselves around a table.

The inn keeper hurried to the nearby brook and filled a pitcher with water from its dirty waters and then took handfuls of mud from the bank and set it upon old, cracked plates.

He carried it all back to the inn and set it before the pilgrims.

The folk from Barnet looked at the foul offering and started talking amongst themselves.

‘Is this really their finest food and drink?’ they asked doubtfully.

‘Remember, these are simple folk and they would not be able to fool us!’ their leader replied and so they set to, eating the mud and drinking the dirty water.

At last they had cleared their plates and drained the jug and sat back, feeling very poorly indeed.

So Jack went out with some others and they gathered cow pats on their shovels and then came back and set them upon the heads of their guests.

‘What is this?’ the pretend pilgrims said. ‘You have played us for fools! We are weary palmers, come from the Holy Land.’

‘Fiddle-faddle,’ said Jack, ‘you are no palmers but men and women of Barnet! Now go, before we beat you black and blue.’

So they hitched up their robes made of sheets and ran all the way back to Barnet - and ever since The Green has been known as Palmers Green. 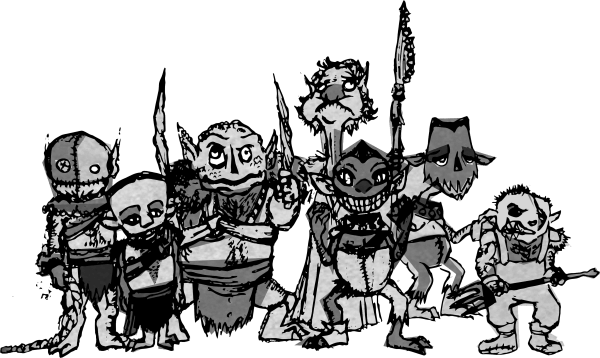 The other story that tells how Palmers Green got its name is more gruesome.

A long time ago the land around what is now Palmers Green was bleak and wild and had an evil reputation. The rutted track of Green Lanes led through a bare landscape, with only a few simple dwellings clustered together where Green Lanes met Fox Lane and Hedge Lane.

There were no cutpurses or highwayman on the road but this was only because hobgoblins and boggarts and imps lurked in the hedgerow and amidst clumps of wind-bent trees and set upon those foolish enough to travel the roads by night. As the sun set the folk who lived there would lock their doors and say their prayers and wait for daybreak and safety.

Now, it is told that some weary pilgrims, palmers back from the Holy Land – real ones this time - were wending their way north from London, making for Ware. They wore robes and carried palm leaves and walked in single file. They had hoped to find a place of rest for the night but they were tired and one of their number had fallen lame after twisting his ankle and they made slow progress. The sun began to sink and they stumbled onward through the gloom. At length they came to Fox Lane and knocked upon the doors of the tumbledown houses. But everyone had already barred their doors and taken to their beds and refused to open their doors.

‘Go on, go on!’ they cried, ‘We will not open our doors to hobgoblins and boggarts and imps.’

It was getting darker and darker and the palmers walked on and came upon more hovels at Hedge Lane. Again they knocked and again the people inside called out to them.

‘Go on, go on!’ those within cried, ‘We will not open our doors to hobgoblins and boggarts and imps.’

It slowly got darker and darker and the hobgoblins and boggarts and imps climbed out from their hidey-holes, their eyes gleaming red in the darkness.

After this terrible event the place became known as Palmers Green and to this day the ghostly pilgrims are sometimes seen at night, robed and holding palm leaves, walking in single file along Green Lanes, their mouths wordlessly calling for help!