THE CAST OF THE SHADOWS 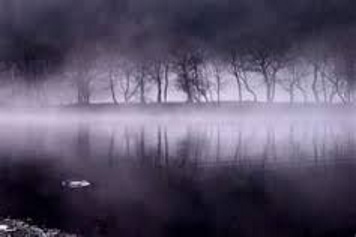 Long ago in the year of 1879, lived a little girl named Polta Magiry. Polta was 9 years old and lived in an old stone Georgian mansion with her family at the top of Cannon Hill. Her family were recluses; they didn't have any visitors and despised leaving the house. The only people that ever came around were a cook and two maids each day to prepare their meals and tidy the rooms.

Polta had two older sisters, Spectre and Dust. They didn't care about Polta and treated her like she was invisible. Her parents were strange people too who spent most of their time locked away in their separate rooms reading. They didn't spend any quality time with their children and hardly said a word to each other. There was never any laughter or smiles, just a dark mood surrounding the Magirys house and everyone within it. Polta, the sad little girl was always anxious and worried.

Polta never went to school and had no friends. She had a plethora of books and spent her day roaming around the mansion writing poetry and reading her favourite book about "The Mysterious Broomfield Lake". The lake was owned by the Broomfield family and was in the back of their gigantic garden amongst the beautiful trees. The Broomfield family were powerful and people were terrified of their knowledge of witchcraft.

Polta was unhappy at home so she decided to make a cunning plan to run away. Nobody knew except for her. She wrote a poem that evening

"Violets are purple,
Roses are blue,
I shall go seek this lake too"

The following night was dark and foggy with mist hovering over the ground. Polta decided that she would go to the lake. Wearing a long brown dress with flowing straight black hair along with her beautiful big brown eyes, she put on her cape and quietly crawled out of the window, cautiously jumping onto the bush below. Before leaving her house, she checked if anyone was around and they were nowhere to be seen. She ran past the ghoulish gargoyles perched on the front gate and off she sprinted down the narrow gothic hill towards Broomfield House.

When she reached the house, she stopped to stare at the grand building in front of her. It was a dark grey house with terrifying statues everywhere. The trees were hunched over, Polta felt that they would grab her, she was scared. She knew she shouldn't have trespassed and decided to turn back to go home.

As she took a step back she heard a voice calling her name, "Polta......Polta...... Polta." The voice was coming from the lake at the back of the garden. She suddenly saw shadows emerging out of the trees, she was frightened!

The shadows grabbed her and she screamed but nothing came out!

They pushed her towards the back of the garden towards the lake. Polta gasped in fear, hoping someone could hear her.

There was a circle of shadows surrounding the lake. They were whispering her name "Polta, Polta, come play with us!"

"Aaahhhrrrr!!!!" Polta screamed as she was dragged beneath the water by the shadows.

That night, Polta's family searched for her after she disappeared but she was nowhere to be found.

Many years passed without a sign of the poor girl. To this day, when people walk by the lake they can hear Polta's screams!!!